Yesterday, we took the twins to their first big food festival – Foodies Festival held at Clapham Common. Hubby and I have attended Foodies a couple of times before, only missing last year as I was heavily pregnant, and it was somewhere we always wanted to take our children. We love our food and want the twins to share our love it.

Due to the dodgy weather forecast, we packed for all eventualities – raincovers and pac-a-macs alongside suncream and shades. We had booked parking through Park At My House to save the inevitable argument that would have ensued whilst we tried to find parking in London. The parking was about a minutes walk from the festival so we couldn’t have found better.

The heavens opened just as we parked so we were all expecting to get soaked and end up bailing for a pub lunch. However, the sun gods were kind and it ended up being a beautifully warm and sunny day.

When we arrived, we booked for seminars in the various food theatres. It was a shame that despite arriving early, we were only able to book for the first three seminars which meant that members of our party missed out on seminars that they particularly wanted to attend. It would be helpful if half of the tickets for all of the seminars were released in the morning and the rest in the afternoon.

We started by attended a seminar by Fiona Sciolti who makes botanical chocolates. She made chocolate infused with super fruit tea and a nut brittle containing popcorn, dried fruit, a variety of nuts and whatever she had to hand – it was delicious. Fiona’s style was very laissez faire, with nothing weighed, measured or temperature checked which gave me confidence to try chocolate work at home. Her chocolates are all naturally flavoured and taste amazing! We came home with three bars!

Hubby and my sister also attended a champagne tasting and both have bargain tastes, preferring a £25 bottle from Tesco!

Our senses were overloaded by the mouthwatering food smells, the live music and the sights all around of us. The twins sampled a Moroccan tagine for lunch, my sister had a duck wrap and hubby and I had the most amazing burger and chips from Street Kitchen I’m not sure that this will ever be topped!

The alcohol was certainly flowing this year and this was the one thing that really stuck out as a difference from our previous visits. Normally, there has been lots of food to sample and buy whilst yesterday, it felt like a more alcohol dominated festival. It was a shame as part of the fun is going from stall to stall and sampling the wares. Despite that we had a really good time and the atmosphere was great, helped by the sunshine. There was a lovely addition of a tea tent and with couples having a tea dance on the grass.

We’ll be back next year and hopefully, there will be a few more things to try before we buy 🙂 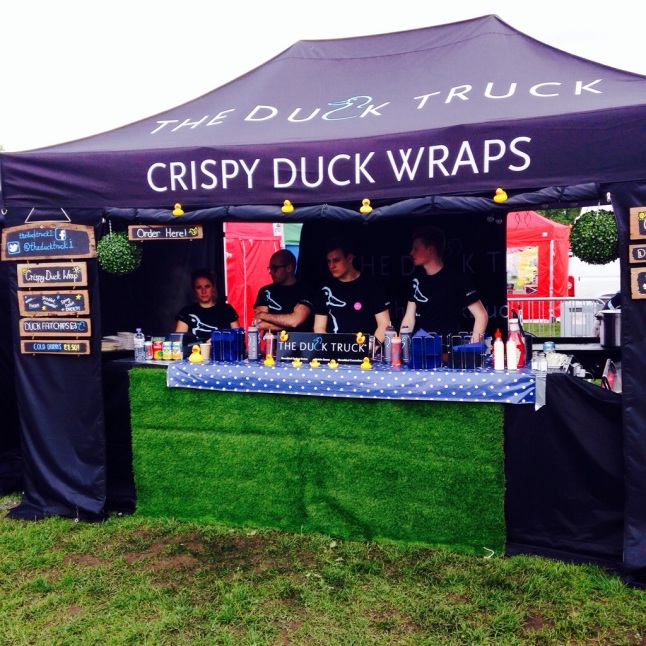 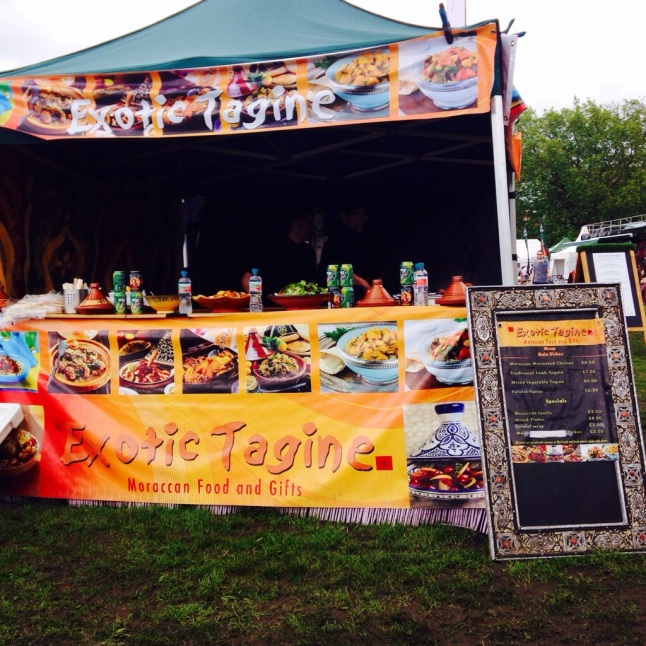 After procrastinating for months about losing weight, promising myself that next week would be the week to start and never keeping to it, I’ve decided that the time is now. I feel fat! None of my clothes fit properly. I have lots of summer clothes that have barely been worn that I can fit into and I can’t afford to buy any more.

I’ve previously done slimming world which did work for me. I’m more of a tortoise than a hare in the weight loss race, tending to lose no more than a lb per week but a loss is still a loss. Before the ivf cycles started, I managed to lose just under 2 stone and was feeling good about myself.

However, two ivf stim cycles and a twin pregnancy meant I put it back on and then some. Whilst I wouldn’t have it any other way, the twins are now one and I have no excuse to not be healthier for me and for them. I don’t want to be a fat mummy. I’ll never be skinny but I’m not happy where I am. I particularly dislike my c section pouch so stomach exercises 😳 are also needed – any tips and hints welcome as I can’t do crunches due to previous injuries.

As I can’t afford to go back to slimming world at the moment, I’m tracking my calorie intake using the My Fitness Pal app. So far, so good (it’s only been five days though!). The app is easy to use, has a good amount of saved items and you can scan the barcode of most items to get an accurate calorie intake.

I’m weighing my rice and pasta which I have never really done before. Eats as much as you want tends to give me free rein! I’m also limiting my chocolate intake which as a complete chocoholic is tough.

My long term aim is to lose three stone but I expect this to take a year to eighteen months. At the moment, I’m taking it day by day and lb by lb.

Our handsome, cheeky, cuddly Little Man truly has captured our hearts (along with his sister) over the last year. He’s our little snuggle bug who loves to sit on your lap, cuddle and play with, sometimes pulling, my hair. He always has a smile for everyone and an infectious giggle, especially when Daddy comes home and is silly with him.

He has recently learnt to crawl and pull himself to stand after us saying for months that he never would crawl. I think he wanted to prove us wrong! His additional movement has turned him into a havoc monster but he has great fun doing it.

He loves his food, as shown by hi recent demolition of a chicken drumstick. He’s on the 91st centile for height and weight and is in 9-12 month clothes. He is a solid boy so you know you’re holding him!

His favourite things are:

– his teddy, ‘Ted Ted’
– chasing a ball around
– tactile, sensory toys
– splashing in the bath
– bubbles
– cars
– peekaboo
– cuddles
– ‘horsey horsey’ and ‘the grand old duke of York’
– books, especially tactile ones like the Usborne ‘that’s not my……’ range
– Mummy, Daddy and his big sister and partner in crime 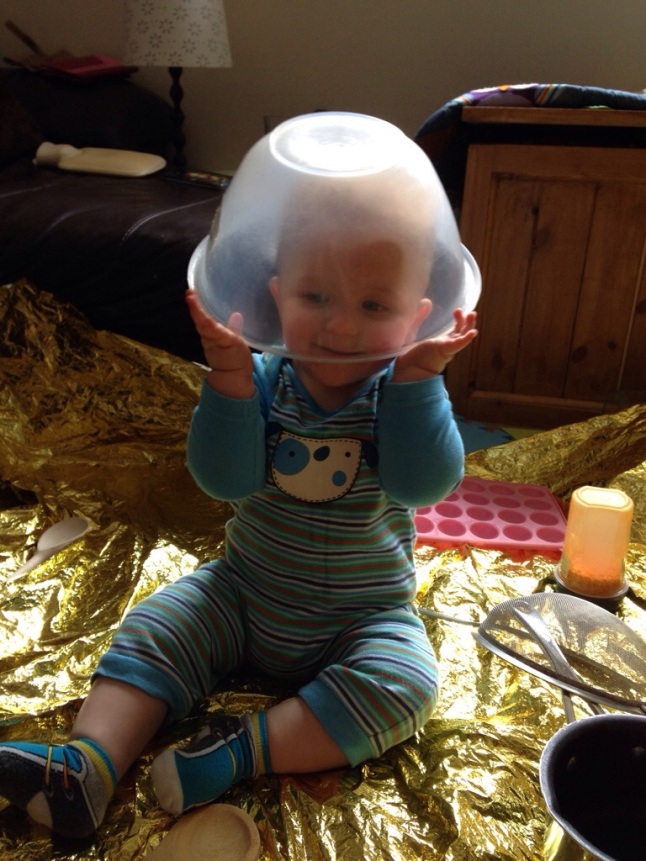 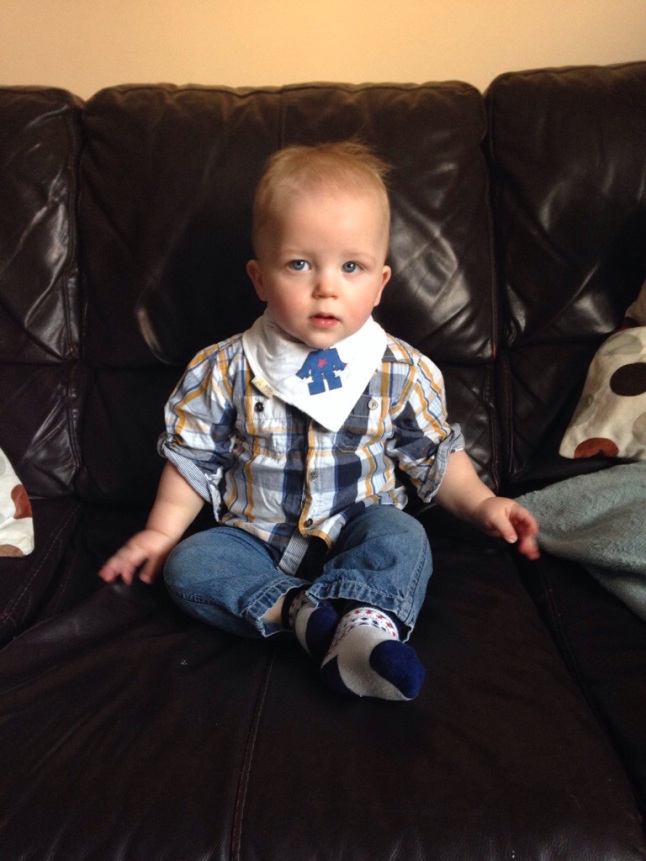 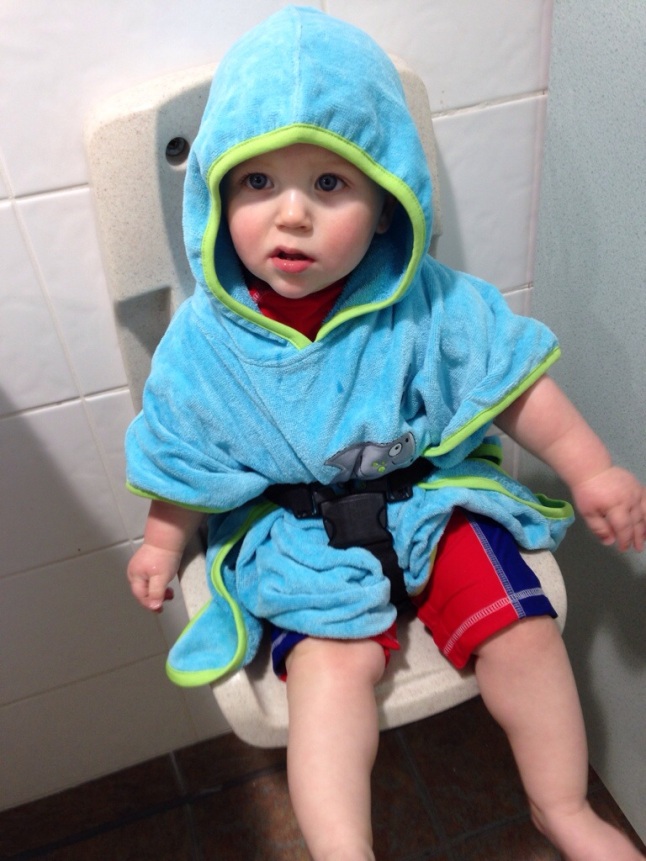 The twins turn one in a couple of days (how did that happen??!!) so I thought it was about time to do an update on them.

Little Miss is our beautiful, cheeky, clever & amazing girl. She has a smile that lights up her entire face and her laugh can’t help but make you laugh. She has a wicked sense of humour and finds the oddest thing funny – currently it’s the word ‘lasagne’

She has great fine motor control particularly when eating and can spend ages really examining something. She loves her food, more than she likes her bottles, to the point that we don’t know where she puts it. She is a little dink, only just transitioning into 6-9 month clothes.

Her favourite things are:

– singing
– dancing, especially to Kanye West ‘Golddigger’, the Snoop Dogg Money Supermarket ad as well as the more age appropriate ‘three little men in a flying saucer’
– her sleigh bells
– having treasure ie anything she’s not meant to have!
– doing fish impressions
– peekaboo
– rough and tumble
– her cot mobile
– sucking her fingers
– Mummy, Daddy but most of all her brother who she completely adores 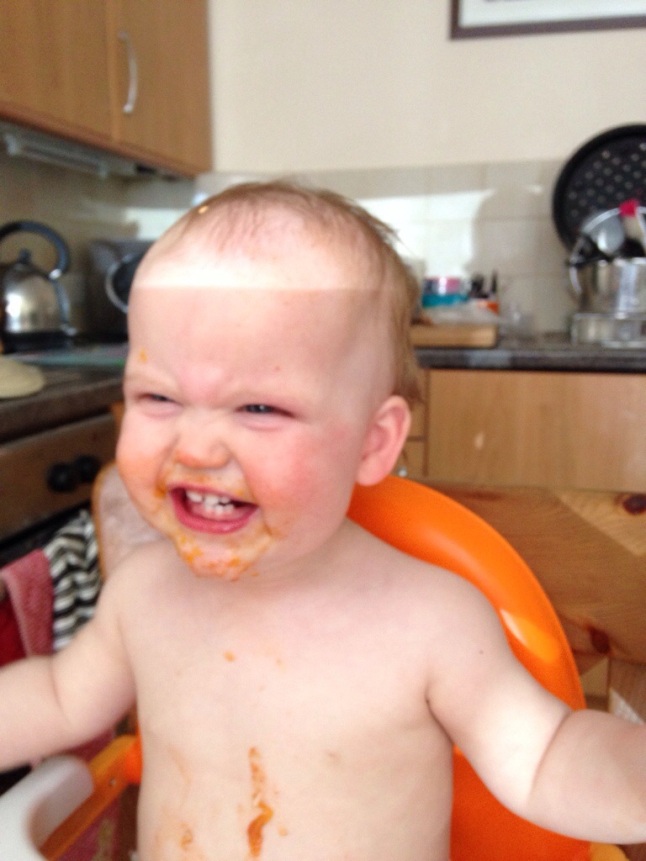 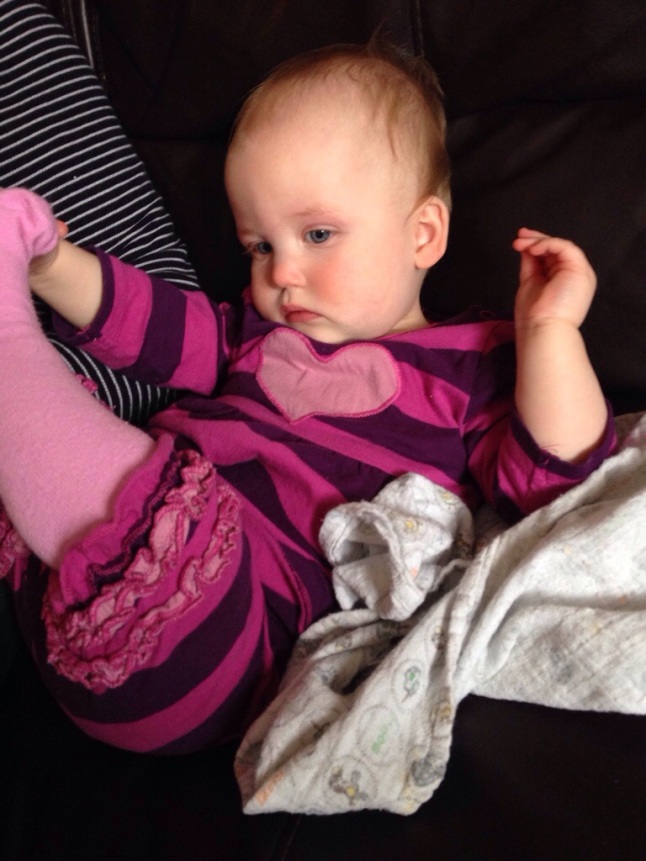 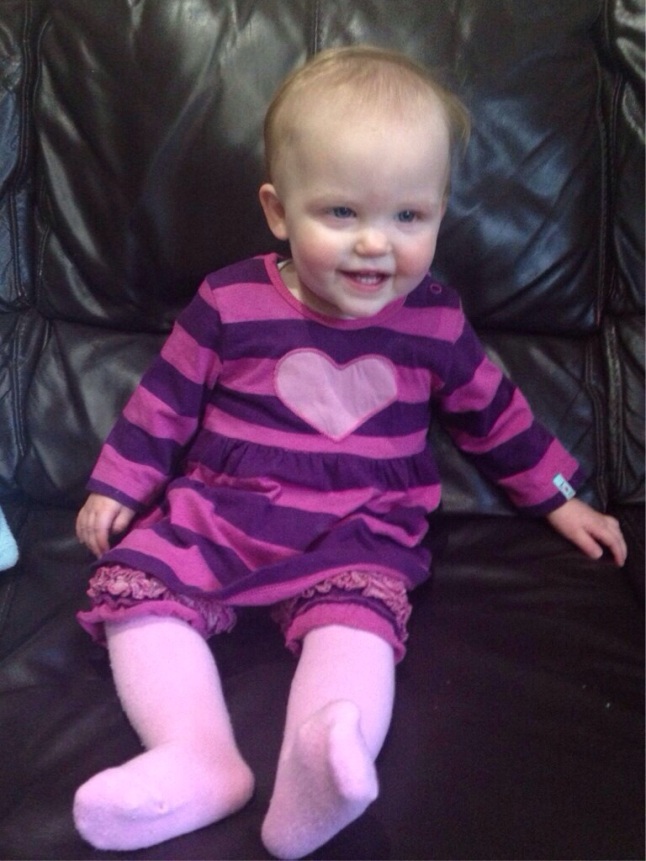